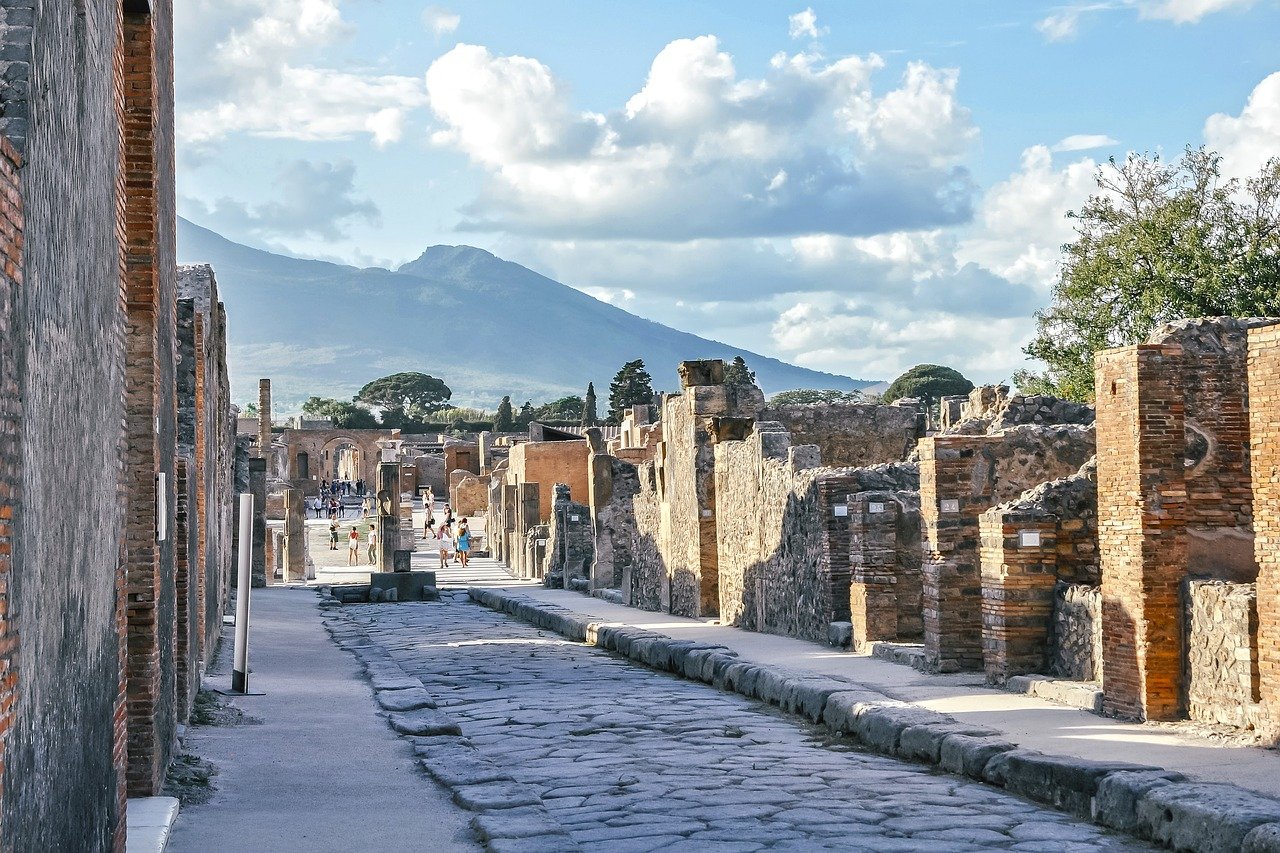 Top Ten Sights Not To Miss In Pompeii

Top Ten Sights Not To Miss In Pompeii

Nowhere else in the world can you get the extensive feel of walking back in time as in Pompeii. Though archaeologists have only excavated a small slice of the area, today visitors can enjoy plentiful sights within the ancient Roman city. Here are top ten sights to see in Pompeii.

Walk from the ticket entrance through the Sea Gate and you reach the Forum. Mt. Vesuvius is in the distance. In 79A.D. this active volcano emitted pumice into the sky and created the frozen city we see today. The Forum is surrounded by public buildings, including the Temple of Jupiter, the Temple of Apollo, a storehouse with plaster casts and pottery, as well as a market where the woollen cloth guilds once sold their wares. The Temple of Apollo is the oldest in Pompeii, dating back to the 6th century B.C. The largest structure in the Forum, the Building of Eumachia, was sponsored by a well-off female priestess of Venus.

Situated on Brothel Lane, the brothel has a small hallway with several bedrooms to the right and left. Inside these bedrooms are broad lumps. This was the largest brothel of the city, run by a woman (known as a Leonine), but prostitutes in Pompeii were everywhere. Prices ranged from 2 to 8 sesterces (a portion of wine cost one sesterces) and the earnings usually went to the leonine. The frescoes show many different sexual positions and it’s thought that perhaps a man would point to one of the pictures before entering a bedroom, letting the prostitute know what kind of service he would enjoy for the night.

The bubbliest street in Pompeii, the name was made up by archaeologists along with every other street name in the city. We don’t actually know what the Romans called these roads. Follow this street to see the dolia (terracotta receptacles) in shops that sold all manner of food. Pompeii was most famous for its garum, or fish sauce.

The following ‘must-see’ houses are along this road. (But remember, there are more you can discover along your walk.):

The House of the Chaste Lovers is named for a fresco depicting two couples reclining and dining. The front of this building was a bakery and the mules lived in the house. They drove the millstone for grinding wheat. A mule carcass was found in situ, showing how the owners ran in haste during the eruption, leaving their animals behind. House of the Painters had a cadre of professional painters were in the middle of painting lavish frescoes in this home when Mt. Vesuvius erupted. They hopped up and left without their brushes and paints. From this we catch a glimpse of how painters created their frescoes. The Thermopolium of Vetutius Placidus was a restaurant and the owner’s house were in the back. You can walk inside to see a Rape of Europa fresco in the garden triclinium. (A triclinium was the place where Romans ate their meals, probably reclining on long couches.)

At the far end of Pompeii, the earliest stone amphitheatre in the ancient world could hold up to 20,000 spectators. Adjacent to it was the training space for gladiators, surrounded by porches, and a swimming pool in its centre. Gladiators were often slaves or condemned criminals. A lanista or a troupe manager controlled when the gladiators performed. He also scouted for new recruits and acquired animals from distant parts of the empire. Behind the Amphitheatre, the Via dei Sepolcri was lined with tombs. Marble statues of families can still be seen above their tombs along with Latin inscriptions. The priestess Eumachia’s tomb is the largest.

The Great Theater and Small Theater

Pompeii was a theatrical town. Many houses were decorated with images from the stage. The pantomime was a major attraction in Pompeii and busts of Caius Norbanus Sorex, a mime actor, can be seen throughout the city. These two theatres are mammoth and still impress visitors today.

Garden of the Fugitives

A vast number of plaster casts lie next to these vineyards in a large glass case. Giuseppe Fiorelli, director of the Pompeii digs in the late 19th century, invented the plaster cast method. He poured liquid plaster into a cavity left in the bed of ashes by the gradual decomposition of the victim’s body. As the plaster solidified, it reproduced the body’s shape.

Wherever there is Roman culture, there is a Roman bath. Here, Pompeiians exercised, steamed, swam, gamed, or enjoyed barber services. The baths were a social leveller too, only the richest having their own private baths at home. The baths had a changing room (apodyterium), a room for a cold bath (frigidarium), lukewarm bath (tepidarium), and a hot bath (caladium). Just across the street from the exit of the forum baths, make sure to see House of the Tragic Poet that has an impressive mosaic of a barking dog with the words Cave Canum – “Beware of Dog.”

The number of gods and goddesses in the ancient world likely numbered more than the living human population of Pompeii. The debates Romans would have with each other over religion would revolve around whether they did actually take human form and when & why they intervened in human lives, but generally there were no tenets of belief. Instead, religious worship cantered around communal animal sacrifice. The Isis temple here was built at the end of the 2nd century B.C. and two other Egyptian deities were honoured within the niches.

House of the Faun

The largest of all the villas and the most famous, this wealthy dwelling had airy rooms and some indications of indoor baths, toilets, and kitchen areas. Visitors can see an accurate copy of a 2nd century B.C. dancing faun in bronze. Most impressive is the mosaic – using somewhere between 1.5 and 5 million tiny stones or tesserae – depicting a battle between Alexander the Great and the Persian King Darius The Great. This house is also the oldest, built in the late 2nd century B.C.

Villa of the Mysteries

Frescoes with deep red colours depict Dionysian or Orphic initiation rites at the Villa of the Mysteries. Interestingly, recent research at La Sapienza University in Rome has revealed that many of the reds we see in Pompeii were once yellow and turned dark red as a result of exposure to hot gases during the eruption.

See more of Italy: What to expect when you visit Rome for the first time 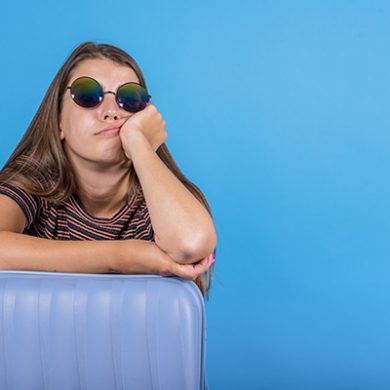